Pubg Mobile 1.6 Update will be released on September 14, 2021 with a huge list of feature updates and a new Royal Pass Temporal Warrior. Temporal Warrior Royal Pass Season is also known as Season 20 and M4. The new Royal Pass also brings an awesome weapon skin, vehicle skin, outfit, emotes and much more. So in this article we have brought leaks from RP M4 1 to 50 RP.

As we know, Pubg Mobile gives many rewards to the player who buy Royal Pass and RP M4 becomes best Royal Pass season because it brings many rewards including UAZ skin, AKM skin, Uzi skin, Scorpion skin and best emotes ever. So let us know See the Guns Skin.

There are 3 gun skins in this season that can be obtained in the Royal Pass season 20 month 4. All three gun skins are listed below.

AKM is the most popular gun skin and many players would like to have it who do not have an AKM skin. Though Pubg Mobile provided the best AKM skin in last season but you can go for this season if you want AKM pistol skin. The Below Gun Skin can be obtained at Royal Pass Rank 1.

I don’t think anyone has scorpion gun skin, but this season you can get scorpion gun skin. The skin looks nicer than the AKM skin and can be obtained at level 35. You can check out the image below. 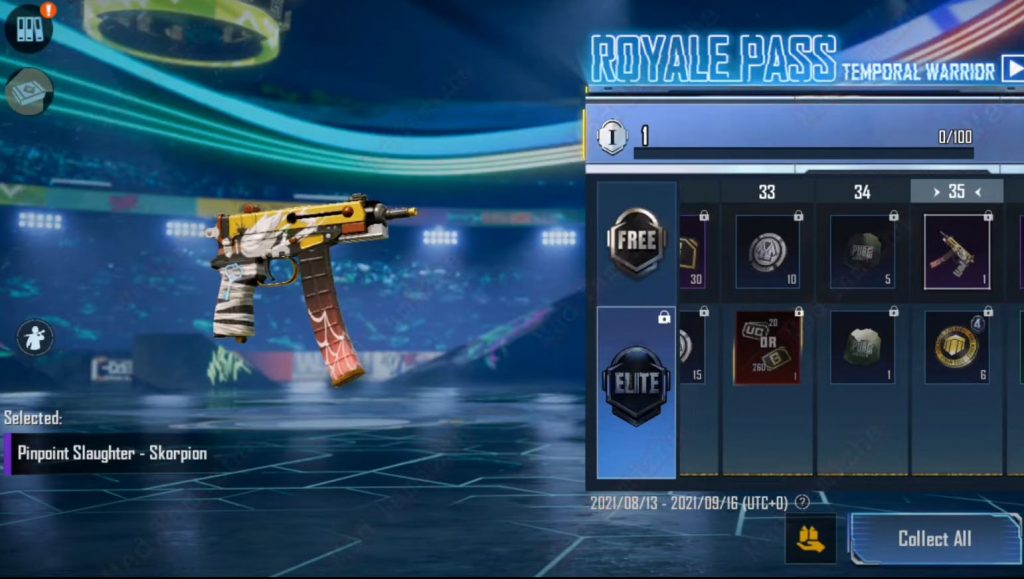 Mini 14 Skin is another beautiful gun skin of the season, although I don’t like to draw attention to it because in many previous seasons Mini 14 Gun Skins have been given and I think players expect M762 Gun Skin. 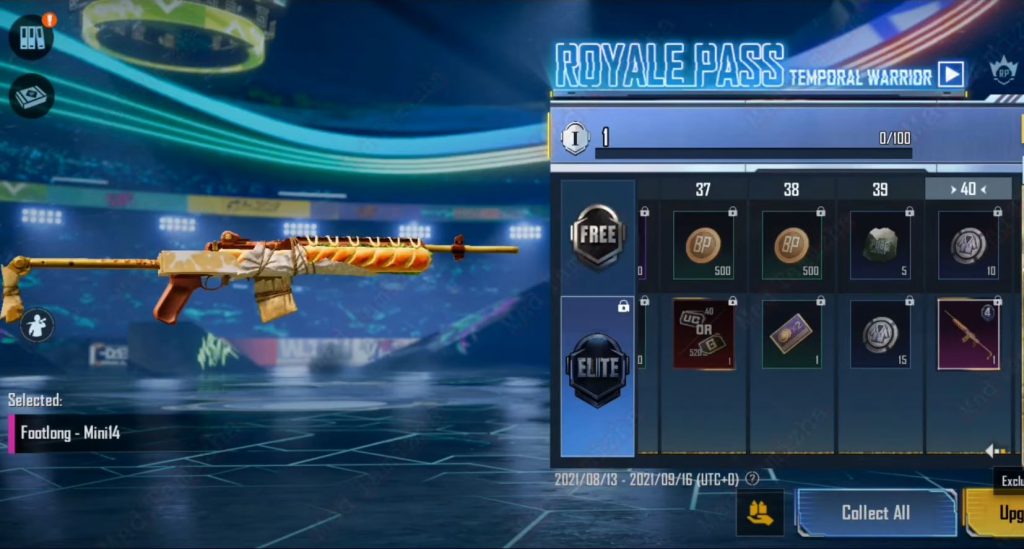 After Season 12 Pubg Mobile Apply the skin of a four wheeler and it’s UAZ. UAZ is a very popular vehicle and the fastest moving vehicle of Pubg Mobile (BGMI). For the new Royal Pass, players have a chance to win this skin.

In this season you get a total of 3 outfits, 2 of which are mythical. All three outfits are listed below.

Chrono Cyborg Set can be obtained with only Royal Pass Rank 1 if you have purchased RP M4. This outfit looks better than 50 RP Dress in my opinion. 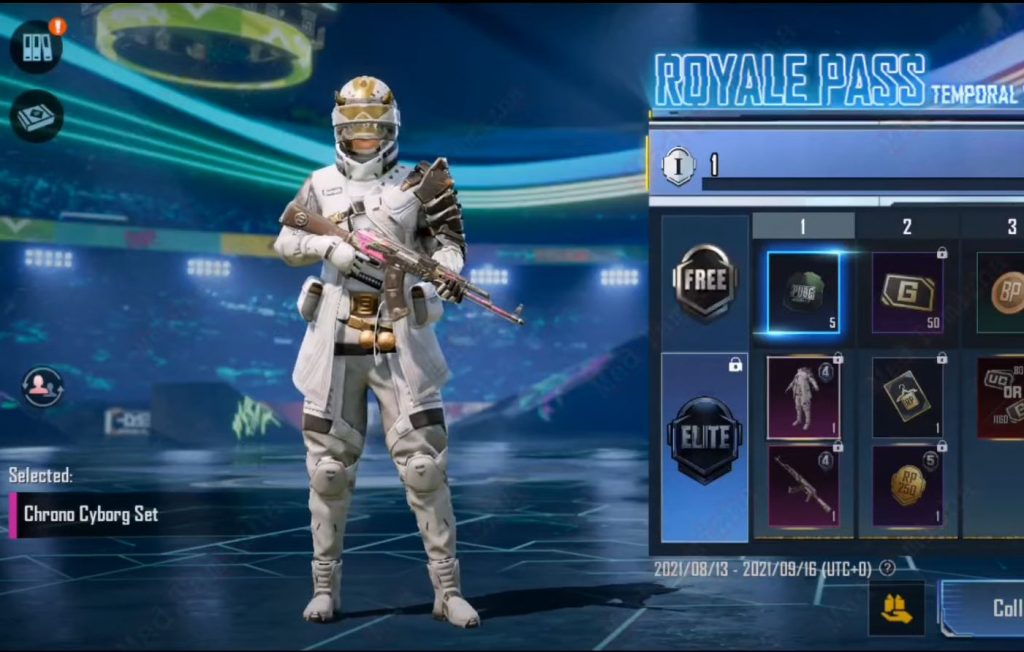 In my opinion, this outfit doesn’t look too good, but it is available to Free Royal Pass users and can be obtained at RP Rank 35 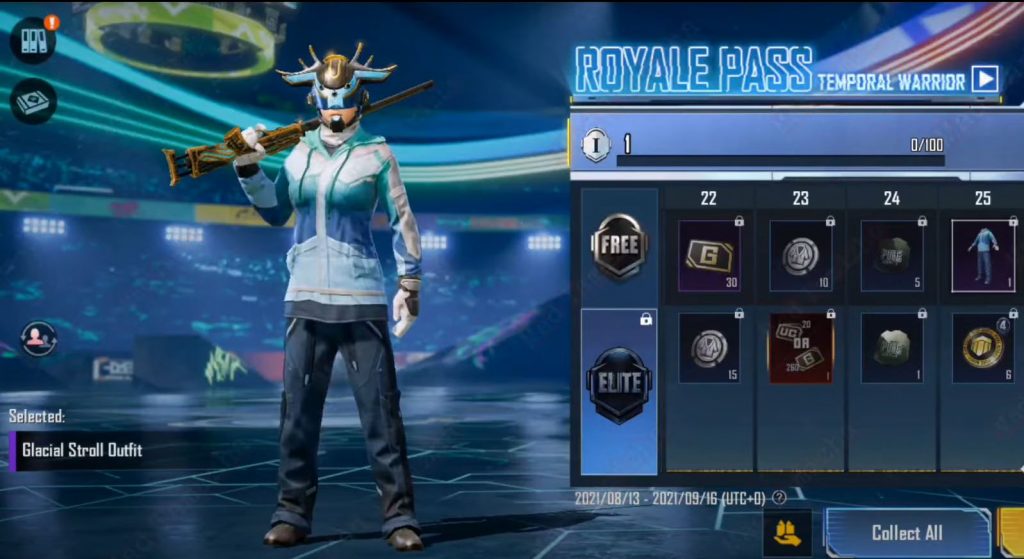 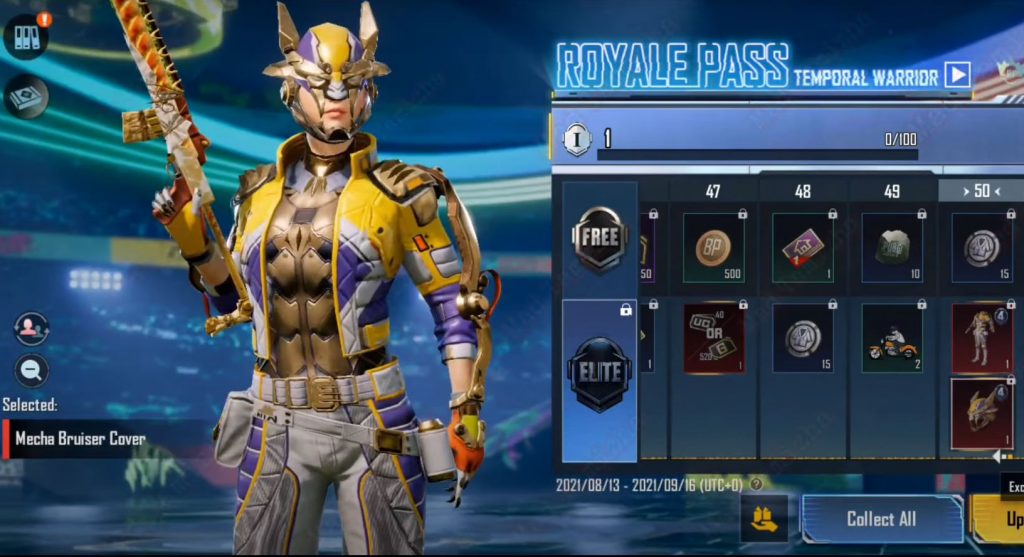 Below is the Chrono Cyborg parachute skin 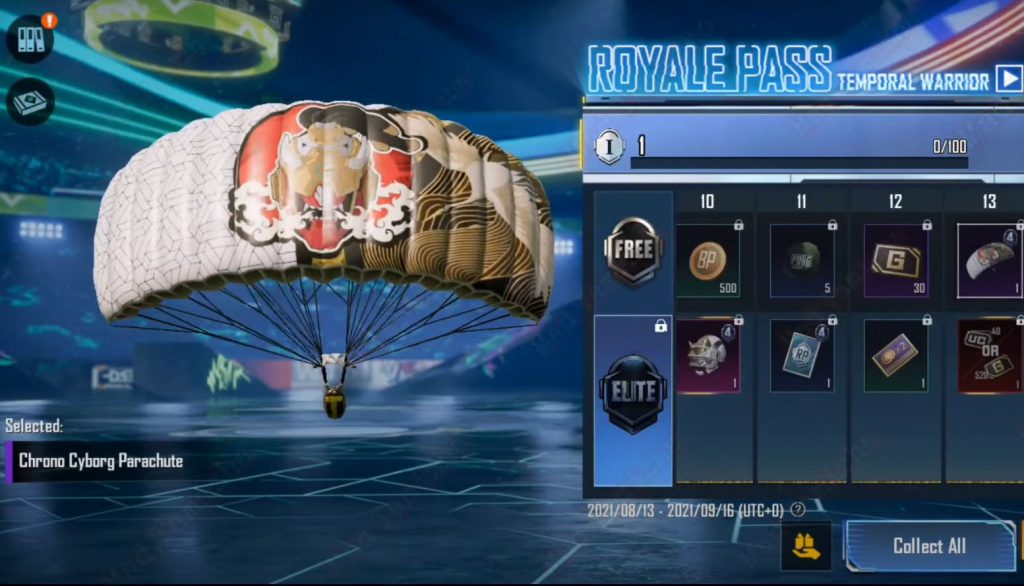 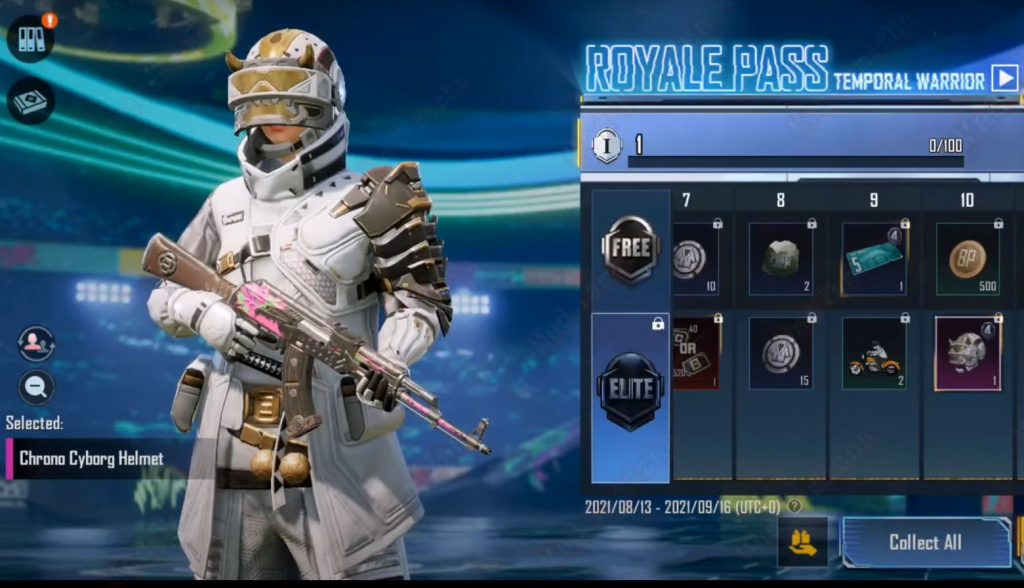 Also Read: How To Be Pro In Bgmi In Classic?