Pubg New State is the successor of Pubg Mobile. It has been officially announced by Pubg Studio and Krafton. This game would be the new multiplayer game and successor to PUBG Mobile. Pubg New State will be available for Android and iOS users. As you know, pubg was talking about the new sequel to Pubg Mobile and Krafton had surprised in-store dropping the Pubg: New Store pre-registration trailer. In this article, we’ll tell you 6 things you need to know about PUBG: New State.

Pubg had officially released the trailer of Pubg: New State on February 25, 2021. According to Pubg: New State pre-registration launched on Play Store, this game will be size 0f 8×8. Some new vehicles will be introduced in Pubg New State. As time goes on, we may get to see new weapons in this game. This game features new mechanics, maps and more different entities that we had seen in Pubg Mobile. According to the game, this game will have better graphics and gameplay experience than the original Pubg Mobile.

A new and great successor to PUBG Mobile is now being released on the Play Store all over the world except India. A big question is whether Pubg New State is free or not?

The new state of the game will be free for everyone and will have a microtransaction in the game. So it has been discovered that it will be free to download. It’s a lot like Pubg Mobile, which is free to download and play, but you may have to spend some money to get a royal elite pass or other cool stuff.

Before any game comes everyone keep asking if this game will run on my mobile or not. So let me tell you that you need to have a minimum of 2.5 GB of RAM to play this game and a minimum Android version 6.0.0 which is the marshmallow Android version. What the minimum processor should be for this game has not yet been told. Soon you will also be informed. 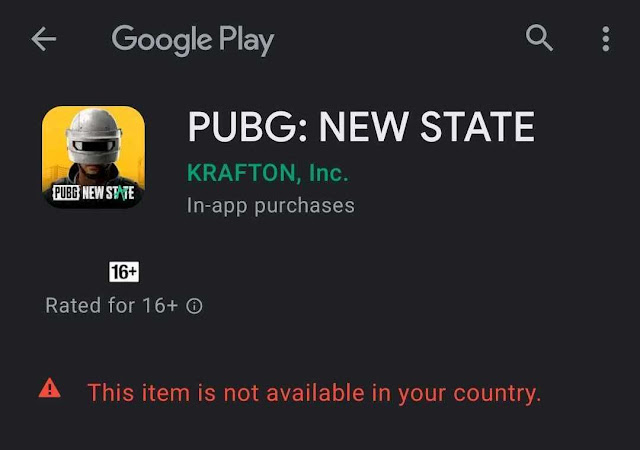 There is no hope that it would be released in India. I hope this game will be available for Indian players in the future.

Will PUBG: New State run on my phone?

Most of the mobile users in the world are Android users, so this is quite a big question for many players who will run this game on their mobile. So let me tell you that these two things must be on your mobile to play PUBG New State on your mobile.

So I hope you got the answer to all your questions. If you have any other questions, ask them in the comments.